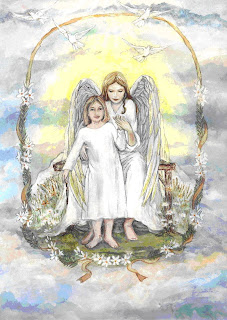 On November 14, 2010 the annual Pancakes for Claire breakfast was held at St. Jean Vianney Catholic Church. This event has been going on since 2003 as a means to grow the Claire Renee Goudeau scholarship fund that was established in May of 2001. This fund was established to honor Claire's memory by dedicating all  of the donated  funds towards scholarships for tuition and fees to St. Jean Vianney Catholic School.

At least one award is presented annually to a fourth grade student upon entering the fifth grade. The award is based on personal characteristics including love of school, love of others, and commitment to excellence in school and personal life. In addition to the scholarship the student(s) are presented with an engraved crystal cross donated by Southern Crafts and a gift certificate donated by School Time for a school uniform.

Claire is the daughter of Susan and Jimmy Goudeau. In October of 2000, Claire’s fourth grade year, she was diagnosed with an inoperable brain stem tumor.  She died just before the end of that school year, May 2, 2001. I asked Susan to share a few stories about Claire with us so those of us who didn't have the opportunity to know her could share in her memory.

One particular story is Jimmy's favorite:


One day I was driving and overheard Claire and a friend talking in the backseat of the van about the men they were going to marry.  Claire was about 6 years old at the time (today she would be 19).  When I tuned in to the conversation I heard her say, “Well he can’t have any tattoos or earrings and he should never have been jail.”  Ok, this was interesting.  If she were still here, these things might actually be mandatory.
I thought I’d prompt her a bit.  “What else?”
“He should be smart.”
"I didn’t hear you say anything about looks."
“Mmm…ok.  He should be good-looking but not show off good looking.”
"Anything else?" I asked. After a pause…
“Yes ma’am. He needs to make me laugh.”
About that time we arrived at home and she and her friend went off to play.
A couple of days later, I was telling a friend about Claire’s husband-to-be.  About that time, Claire came running through the kitchen heading outside to play.  I asked her to wait just a minute to tell Mrs. Patty about the man she would one day marry.
Claire was really in a hurry.  With one hand on the door, and the other on her hip, then a sigh of exasperation,  she said, “Oh, Mom. You know. Just like Dad.”  And then went out to play.
Susan and Jimmy have been organizing the breakfast for the last five years, and this year Susan decided, with the encouragement of Kristy Mayes, one of her Fitbird teammates, to incorporate a 10 mile bike ride through a nearby neighborhood. I asked Susan what she thought Claire would have thought about her triathlon training and the organization of the ride. She seemed to think that Claire would have been one of her greatest triathlon supporters, especially considering there are matching outfits involved! She was all girl, but loved the outdoors - camping, hiking, and canoeing - so cycling probably would have been right up her alley too!
If there is one thing people are beginning to learn about Fitbirds, is that if there is talk of food and cycling we can usually be persuaded to join in. Add to that a Fitbird with a good cause and there is no hesitation to rally the masses.

In addition to pancakes, Kristy "Sunshine" Mayes set up an aide station at the halfway mark...because everyone needs donuts and cocoa five miles into a ride!
As of now, there has been over $26,000 awarded in scholarships to over 20 students, and the fund is now fully endowed. This coming May will mark the 10th anniversary of the fund! Since the breakfast has become an enjoyable social event for the entire parish, for the last three years Pancakes for Claire has been hosted by the St. Jean Vianney Home and School along with the Men's Club and the proceeds are shared by the school and parish.

I would like to end this post with one last story about Claire that Susan shared with me:
Sometimes the people we love who pass away are still with us in some ways we don’t expect. Claire had a box of dress up clothes. It was a pink box with things ordered from a catalogue. It contained feathery boas, hats, shoes and the like. Over time she added a few other items to the box - a costume or two, and of all things, a slip. I don’t remember where I bought it. It was just to go under dresses but somehow it ended up in the box. It was plain, white...maybe it had a tiny pink rose. I really don’t remember it being anything unusual. But she liked to wear that slip. She wore it around the house. She wanted to wear it everywhere but I said she could only wear it around the house ~ when she went outside she really should wear regular clothes.And so that worked well. I noticed her friends sometimes wore the slip. I remember her coming home from school, putting on the slip and just playing in that slip. Eventually she outgrew the clothes in the box and so I put it away.

About a year after she died, I passed the box along to a family who had a little girl named Olivia, who was around two years old at the time. I never mentioned anything about the slip when I gave  her mother the box.Sometime later, Olivia’s mother mentioned to me that of the things in that box, Olivia loved a garment that looked like a slip. “Yes,” I said. “It is a slip.” She continued with the story that Olivia wore the slip around the house and even wanted to wear it outside. This sounded very familiar. Olivia’s mother told her the same thing we told Claire. You can wear it as much as you want around the house but you’ll need to wear regular clothes for outside.Many friends and cousins wore that slip. Of the beautiful costumes and other dress up things Olivia had, it was that simple, plain white slip that everyone wanted to wear. By now the slip had gotten too small for Olivia, so she passed it along to her younger cousin Abby. One day when Abby was playing at Olivia’s house and got her clothes dirty, Olivia told her she could pick out something in her room to wear. Abby found the slip, too.Sometimes the people we love who pass away are still with us in some ways we don’t expect. Not their physical presence and not their spirit which is in heaven with Jesus. A presence which keeps them in our heart and makes us remember them and smile and laugh.


I hope that we continue the tradition of the Pancakes for Claire breakfast and Ride as a annual Fitbird event. I know we all had a good time and enjoyed the opportunity to support one of our own. Thanks Susan for inviting us to participate!


Although they are fully endowed, donations are graciously accepted. The fund is a a 501 (c) 3 charity so you can claim a tax deduction when you give: 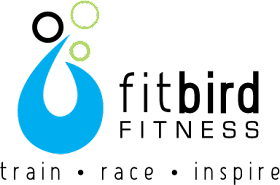